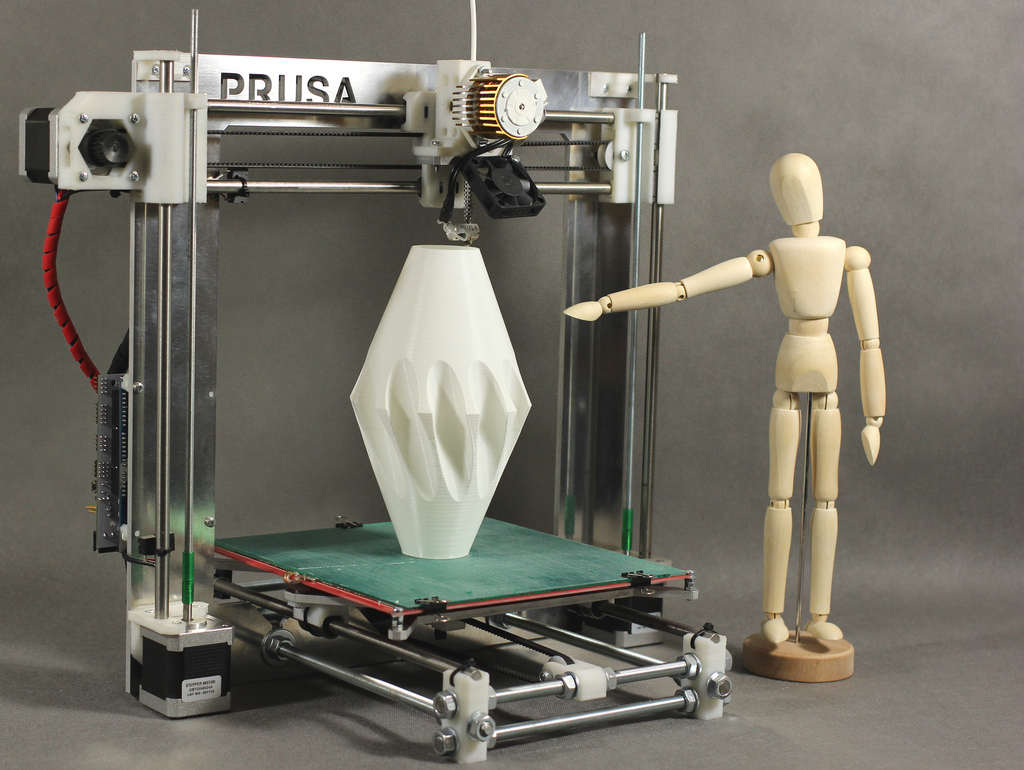 I’ve been browsing around, drooling for a 3D printer for quite some time now but not really having had the budget for one combined with the print quality (or lack thereof) of earlier home/DIY 3D printers I haven’t gotten around getting one. Until now, that is.

After a lot of browsing the Intertubes for information I settled for a Prusa i3 printer. I3 stands for iteration 3 and it’s the latest design by RepRap core developer Prusajr (Jozef Prusa). It incorporates lessons learned from the earlier two models combined with those of other modern RepRap designs.

I decided early on that I wanted to get either a kit or buy parts and assemble the unit myself. Partly because shipping would be a pain in the a** and partly because I would probably get hit by additional costs for customs and taxes.

Sourcing the parts from different suppliers proved to be somewhat difficult. Not having a complete shopping list I opted for a few sets of parts; frame kit, plastics and electronics being the main three. In addition I will need a hot end and probably some other bits and pieces on the way.

This is the first in a series of posts about assembling a Mendel Prusa i3 printer.

One Reply to “Hooked on 3D”