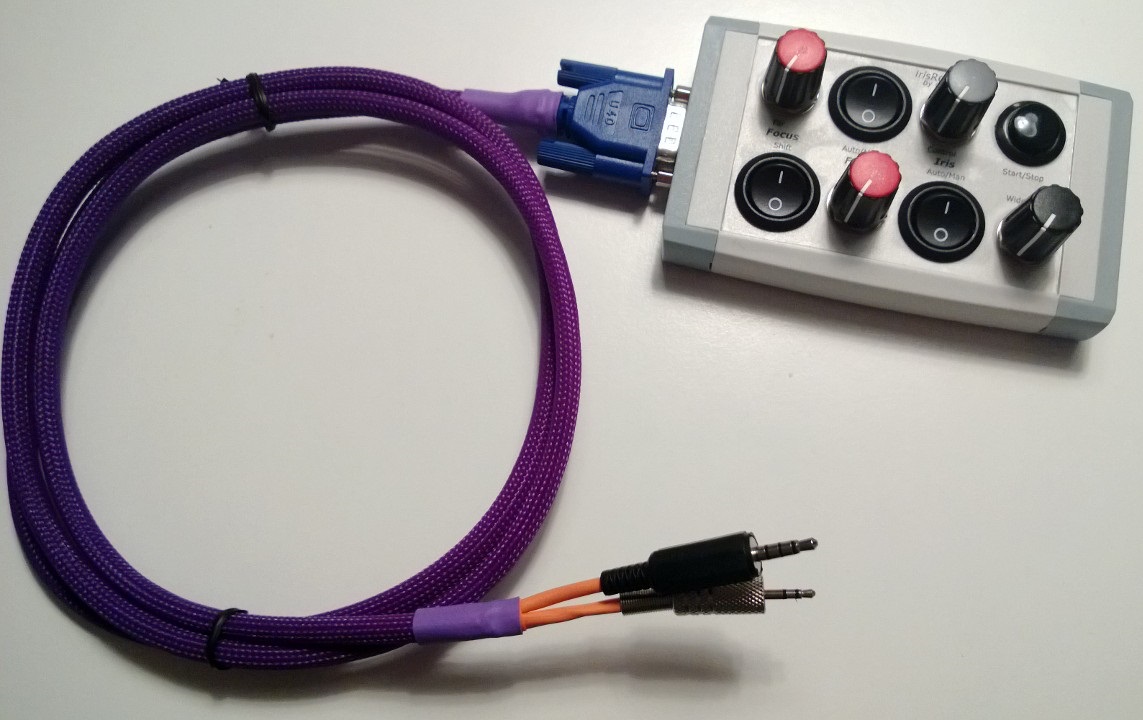 This was a commission project for a friend. I hadn’t been playing with electronics for quite a while before taking on this project. Even had to get a new soldering iron since my old one just didn’t want to fire up. And the multi meter also had seen better days – constantly off by 200 ohms (though accurate enough for the build).

The design is based on an HMC-150 DIY remote controller build by Chris Woodhouse. I didn’t do any major changes except for the cable. Chris originally used an Ethernet cable which he soldered permanently to his controller. I opted for a detachable VGA cable instead.

The major thing I learned from the process was plan ahead. I had to redo the soldering a couple of times due to bad planning. Also make sure your components works visually the way you want. In my case the knobs didn’t cover the nuts of the pots – not looking as good as I planned.

Another thing I probably would have done differently was the control layout. I followed Chris’ vertical layout with alternating positions of switches and knobs. I retrospect the controller would be more ergonomical with a horizontal layout with knobs on top and switches below.